Blue, green, brown, hazel, or grey… These are the main eye colours that can be found across the world. A majority of the world population has brown eyes. Only 20% of humans have an eye colour that is not brown. And green is the rarest colour.

What determines the colour of our eyes? What is the geographical distribution of colours? Neoris can tell you more about the genetic origin, the hereditary nature, frequency and distribution of the various colours.

Why do people have blue or brown eyes?

In other words, the higher the melanin content, the darker the eyes. Obviously, variations are possible. Some people have blue eyes with some grey in them, while others have greenish-brown irises, better known as hazel.

What determines the quantity of melanin?

Eye colour is hereditary. It is determined by a series of genes, which people get from their parents. For example, if both parents have brown eyes, the likelihood of the children having a similar eye colour is above 70%.

What is the most common eye colour?

Besides, when a European child is born, their eyes are generally blue, and the colour may change into its final shade a few months later. As for Asian or African children, they generally have brown or almost black eyes since birth. Green eyes are the rarest, since only 2% of people have green eyes. In Ireland, Scotland and Iceland, there is, however, a large proportion of people with green eyes.

Even rarer are those where the two eyes have different colours: this is a condition known as heterochromia. It can be the result of a melanin production issue. The pigment is then found in different quantities in each of the eyes.

To sum up, several factors influence eye colour, which can also change over time, particularly depending on exposure to the sun.

Did you know that you can now change your eye colour?

Thanks to the keratopigmentation technique, Neoris offers 4 shades: “Emerald Green“, “Riviera Blue“, “Honey Gold” and “Snow White“. To learn more, consult the presentation of our colors.

Change eye color Today, many people are looking to change their eye colour easily and quickly. Wearing coloured contact lenses to have a different eye colour, either every day or… 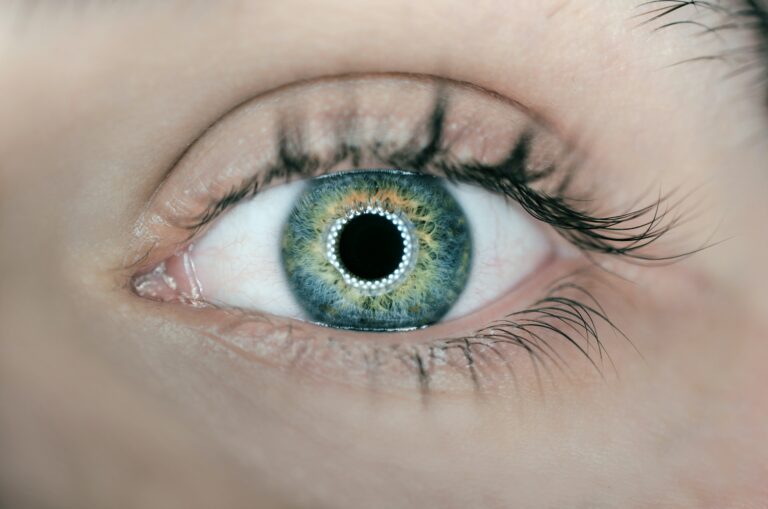